Seriously, if I made a film as good as Network, I’d give up making films.

…but I haven’t, so instead I read Sidney Lumet’s book. It’s a rare gem when a bona-fide master director (12 Angry Men, The Verdict, Dog Day Afternoon, Serpico, Murder on the Orient Express) writes a book about lessons learned from a lifetime in feature filmmaking. 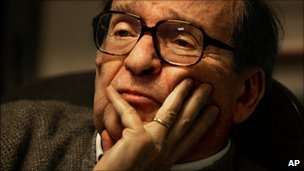 Often though books by Hollywood insiders shy away from imparting practical transferrable directing tips in favour of namedropping and salacious celebrity yarns – perhaps at the behest of their publishers. They aim for “good copy”, which translates to book sales, I guess.  Thankfully, that’s not the case here. The core of this book is aimed at filmmakers. Yes, it’s for everyone, but filmmakers will love it.

Sidney Lumet’s book is structured around the process of a film’s production: finding the script; the director’s treatment of style; casting; the camera; art direction right through to editing and composing the score.  It’s clear that for Lumet directing is all about the work and his book is all about enlightening how it happens. It’s super practical but never dry; although there’s more than enough anecdotal  gossip to satisfy non-filmmakers.

Lumet has a clear and precise writing style that allows him to communicate cryptical ideas such as why he chose a 50mm lens to shoot one scene in Murder on the Orient Express and then used a 21mm when the scene was repeated at the solving of the crime – the “fifty” made the scene feel normal whereas the wide-lens gave it a melodramatic feel. Or his decision on 12 Angry Men to shift from normal lenses (28mm to 40mm) at the start of the film then, as the claustrophobia progressed, he shifted to 50mm then to 75mm then to 100mm lenses. [pullquote]I shot the first third of (12 Angry Men) above eye-level, and then, by lowering the camera, shot the second third at eye-level, and the last third below eye-level. In that way, toward the end, the ceiling began to appear. Not only were the walls closing in but the ceiling as well. [/pullquote]

One of the messages that a reader will take away from the book is that all of Lumet’s directorial decisions were arrived at in order to express the theme of the movie.  “The question “What is this movie about?” will be asked over and over again throughout the book. For now, suffice it to say that the theme (the what of the movie) is going to determine the style (the how of the movie). On Prince of the City, a tale of police corruption, the theme was “Nothing is as it seems”.

The leading character, a cop who betrays his crooked colleagues, is never seen with the sky in shot; the sky alludes to freedom whereas the character has none.  In the first third of the film, the character’s backgrounds are well lit yet in the closing reels he is surrounded by darkness, because nothing is as it seems; people come at him from the shadows. “Form does follow function – in movies too”.

There’s a case to be made that some of the material of Making Movies is outdated. After all, the penultimate chapter is entitled “The Answer Print”. Anyone in their early twenties wouldn’t likely know what an answer print is. Nor should they. It’s an archaic form. Lumet didn’t experience directing actors on motion capture rigs, 3D locations or 360 degree body scanners. He didn’t shoot material knowing it would be digitally removed or enhanced. [pullquote]I asked Akira Kurosawa why he had chosen to frame a shot in Ran a particular way. His answer was that if he panned the camera one inch to the left the Sony factory would be in shot.[/pullquote] No, Lumet’s filmmaking style was analogue. Write it, light it, shoot it, cut it and screen it. It’s this approach that makes his book so rewarding to read.  Having directed over 50 films allows Lumet an insight and a hindsight into what should really matter to a director – and he lays it all out in his book. It’s part autobiography, part how-to and a part of history.

It’s a must-read for any director.